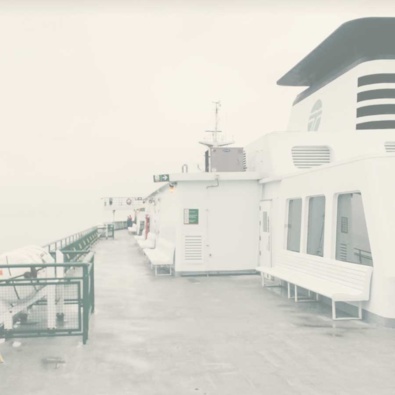 Initial ship arrest in New Zealand can be fast and relatively inexpensive.  It requires a notice of proceeding relating to an in rem claim (that is, a claim directly against a vessel) and application for arrest, supported by affidavit, to be filed and does not require a hearing.  An undertaking to meet the costs of the Registrar is also required.  The proceeding must relate to a claim falling within the heads of jurisdiction set out in the Admiralty Act 1973, which are specified below.  The time and cost involved in maintaining the arrest and claim against the ship, and possibly obtaining judicial sale, will depend upon a range of factors.  Provided that all of the necessary information (including translations if required) is available, the proceeding can be prepared and the application for arrest made within a short time of the instruction being received.  It is then in the hands of the Court to arrest the vessel, which it must do once it has received the requisite documents.  It affects the arrest by affixing the warrant of arrest to the Bridge of the vessel and leaving a copy with the person who appears to be in charge.  Arrest is usually done within a few days of receipt of the application.  Once the vessel is arrested, it is in the custody of the High Court Registrar and cannot be moved without the Registrar’s consent.

New Zealand is not a signatory to any International Conventions dealing specifically with arrests. Instead, ship arrests in New Zealand are governed by the Admiralty Act 1973 and the High Court Rules.

Claims for which arrest is available

For claims based on a maritime lien, arrest is available irrespective of the beneficial ownership of the vessel.  For other claims, however, the debtor against whom the in personam claim arises must also be the owner or demise charterer of the vessel at the time that the action is brought.

Even if a claim comes within these categories, where the party arresting has acted in bad faith or with gross negligence, an arrest will be wrongful and will give rise to a claim for damages for wrongful arrest.  It is not enough that the claim is made on a mistaken basis.

A ship can be arrested if the relevant person was the owner or charterer, or in possession or control of the ship when the cause of action arose and, when the action was brought, was beneficial owner or demise charterer of the ship.  Arrest of a ship that is under time charter is not available in relation to claims against the time charterer.

The Courts do not require counter security.  However, a party seeking the arrest of a ship is required to provide an indemnity to the Registrar for the costs likely to be incurred by the vessel to be arrested, such as Harbour dues and crew expenses. The Registrar requires some payment upfront to cover initial arrest costs and then to be kept in funds in anticipation of subsequent costs.

Once the vessel has been arrested, a statement of claim setting out the nature of the claim must be filed.  If the defendant enters an appearance following the arrest, then the statement of claim must be filed within 10 working days.  The New Zealand court will accept jurisdiction, but there may be issues of jurisdiction if the claim is contract based or if a cross-border insolvency is involved.

Vessels can be ordered to be sold by the Court before the hearing of the substantive claim.  The time that it will take to obtain an order for sale before trial will depend on the urgency of the claimant’s application, whether the application is opposed, whether there is a ready market for the vessel and whether the ongoing costs of arrest are likely to exhaust the security in the ship.

The New Zealand High Court also has jurisdiction to grant freezing orders over any type of asset and, while such orders could extend to ships, the powers do not relate specifically to vessels.  It is harder to obtain a freezing order than it is to arrest a vessel: an application is usually made without notice and the applicant must, usually by way of a contested hearing, demonstrate a good arguable case, show that there is a risk of dissipation of the relevant asset and give an undertaking as to compensate the respondent for any damages caused by the order, before a freezing order is made.  In contrast, for an arrest, the applicant will need file an in rem notice of proceeding, with a concise statement of the nature of the claim and of the relief or remedy sought, an application for a warrant of arrest and an affidavit in support setting out the details of the parties, the ship and the claim.  No real interrogation of the matters set out in the notice and affidavit is carried out and the warrant for arrest is issued without a hearing.  The applicant is required to provide an indemnity to the Registrar but this is limited to the costs of arrest are does not cover any damages suffered as a result of the arrest.

For further information on ship arrests, please contact us.

Taking Evidence in New Zealand for use in Overseas Proceedings